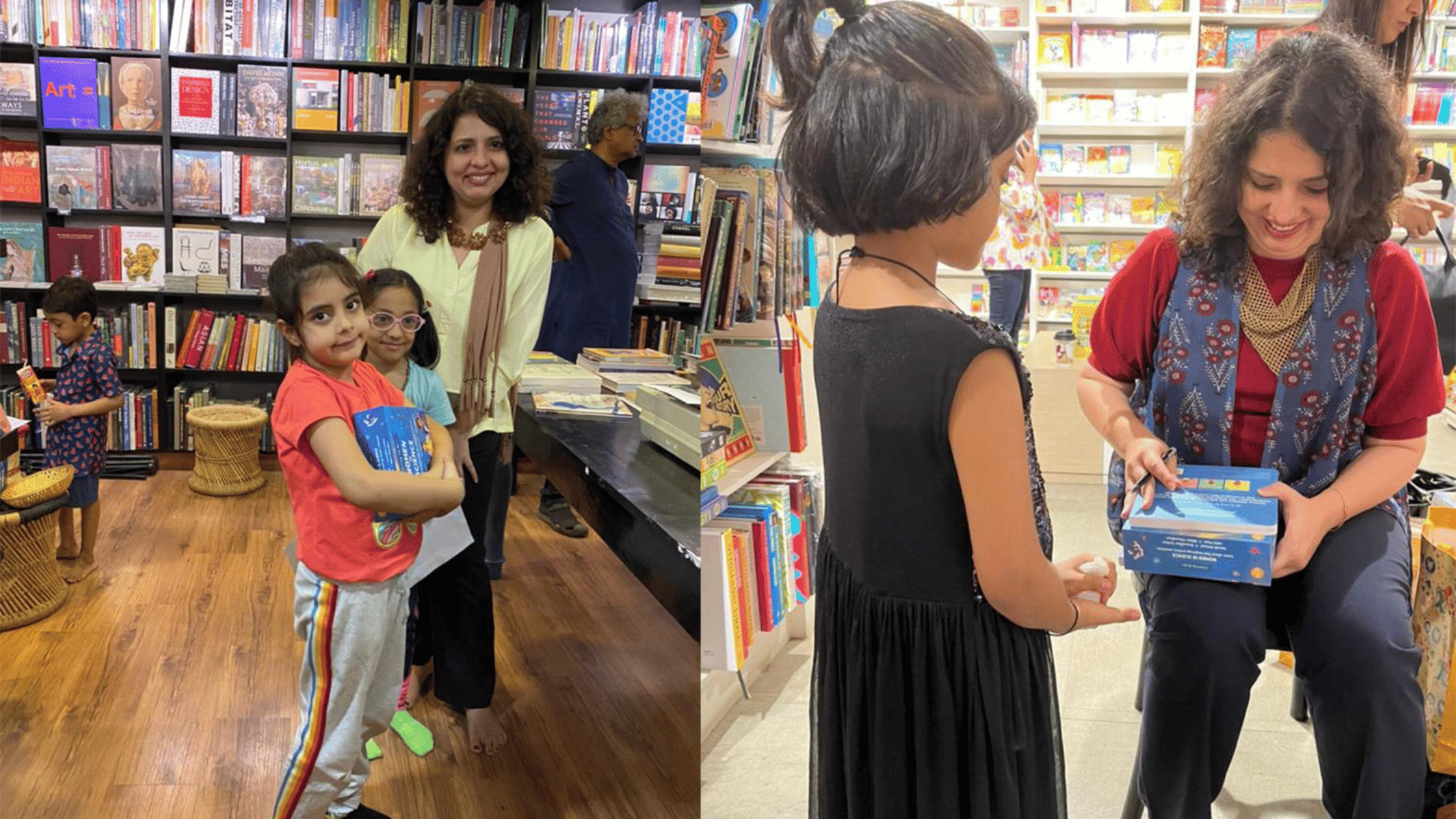 The quality of books published in India is beginning to rival internationally produced ones; not only in terms of form but content as well. And, while being educational, such books stimulate and ignite the imagination. This is owing to the fact that more recently, a niche crop of parents have emerged, who are avid readers themselves. Increasingly, parents, with disposable incomes, primarily in urban centers, view reading as having less to do with the school’s curriculum and more to do with a child’s cognitive development. Apart from this, you will also notice that the paper and print quality is improving to give the books a premium feel. The font and illustrations and pictures are getting more vividly hued and aesthetically pleasing. The language employed is pedagogically sound and less didactic. It’s descriptive without being intellectually undemanding. More importantly, while being educational such books stimulate and ignite the imagination, especially for little children who aren’t reading independently just yet. For instance, in a bid to produce books that are engaging and more culturally rooted, a clutch of authors, illustrators and publishers are drawing on our collective Indian-ness.

They do this by crafting characters with names and physical features set in a milieu that is relatable. The creatives feature and showcase indigenous folk art styles. Likewise, the stories incorporate regionalisms despite being narrated mainly in the English language. All this lends the artwork and stories a distinctly Indian flavour.

In a bid to showcase such trail blazers in the industry, we have compiled a list of top publication houses that are working with homegrown authors and illustrators to create beautiful picture books to enrich your child’s mind. From values to fantasy, you will find enough options to choose from:

Tulika’s imaginatively created books for children pioneered a significant wave in Indian publishing in 1996. An independent publishing house, they cover a range of genres but focuses on multilingual picture books for children – in English, Hindi, Tamil, Malayalam, Kannada, Telugu, Marathi, Gujarati and Bengali – to make more books accessible to children. They offer a range of experiences that are inclusive and representative of different childhoods, social milieus, cultures, and contexts. The visual language too is diverse, with the traditional alongside the contemporary.

Tara Books is an independent publishing house started in 1994 by Gita Wolf. Over the years, she was joined by other creative friends who have helped Tara grow organically and in many directions. They showcase their extraordinary creativity through their handmade books and the genre of visual arts.

Karadi Tales is an independent children’s publishing house based in Chennai, India, focusing primarily on picture books and audiobooks. It was started in 1996 with the intent to create a space for Indian culture in the world of children’s publishing, by a group of writers, educators, and musicians. Their inclusivity of characters and stories has drawn people towards it, and people are delighted to have their books as a part of their kid’s childhood.

For nearly three decades, Kathakaar, the children’s publishing program at Katha, has been harnessing the power of stories to spark curiosity and compassion in children across the world. Using engaging visuals and imaginative narrations, Katha’s children’s books offer ways of exploring the similarities and differences existing in our world and lead young minds to think, ask, discuss and debate the issues that touch their lives. Every Katha book is designed to open children’s hearts and minds, and to encourage little people of our world to make big differences! Their books have a unique way of empathizing, which connects the readers to the content.

AdiDev Press is born out of a passion for children’s picture books and a deep love for India. This young publishing house creates beautiful books that introduce children to different aspects of Indian culture, leveraging story-telling, beautiful visual elements, and simple content. They bring the rich heritage of India into the lives of our children in a meaningful manner. The books have stunning illustrations, simple text and are ideal for children from ages 0 to 8 years. Most definitely a publisher to look out for. They have an impressive lineup set for release in September 2021. Followed by several interesting titles later this year.

Mango & Marigold Press is an award-winning independent publishing house that shares the sweet and savory stories of the South Asian experience. Their books are diverse and ensure the representation of children of colour.